UIC offered its annual Writing Intensive Clinic (WIC) from January 18 to 29, 2021. Despite the pandemic, WIC remained committed to providing incoming freshmen with the essential components of a UIC liberal arts education, and revamped its program accordingly. For 2021 WIC & CC On:Line, classes were conducted entirely online over Zoom; students were divided into several small sections to avail opportunities for one-to-one instruction with the instructors; and more full-time UIC faculty members offered lectures from the Common Curriculum (CC).

While the students and instructors lamented not being able to meet in person, they also noted the benefits of online learning. Students living as near as Yeonhi-dong and as far as Hanoi, Vietnam were able to meet as classmates, participate in class discussions and small-group workshops, and become fast friends. Dahyeon Kang (HAAS 2021) remarked, “I really enjoyed meeting new people and interacting with them through WIC. Even though we were meeting online, seeing each other every day made us feel very close.” Professor Sarah Yoon found screensharing to be particularly helpful: “It allowed me to pinpoint specific issues in the students’ papers and show them how to actually reconsider and revise these issues.” 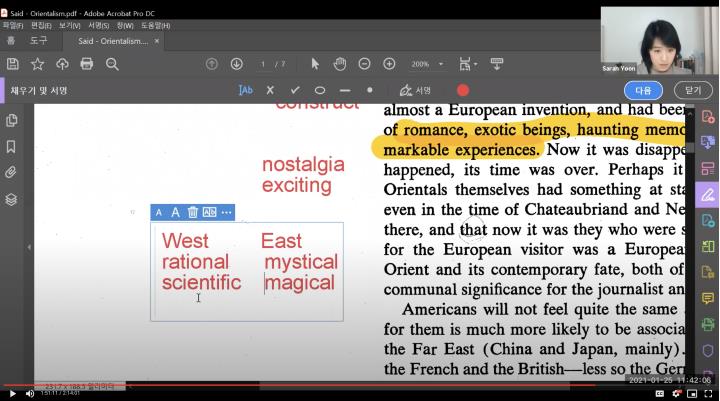 Of course, the program was not without its challenges—academically. Cheolho Kwag (UD 2021) had never written an academic essay in English prior to WIC and voiced his surprise at the caliber of critical thinking and language competency expected at UIC: “I found having to produce original ideas difficult because my education in Korea always emphasized finding the correct answer. And then, when I had ideas, it was frustrating to not be able to express them in English.” After a brief silence, he added pensively: “I really enjoyed being able to think for myself and was happy to see improvements over the course of WIC.” 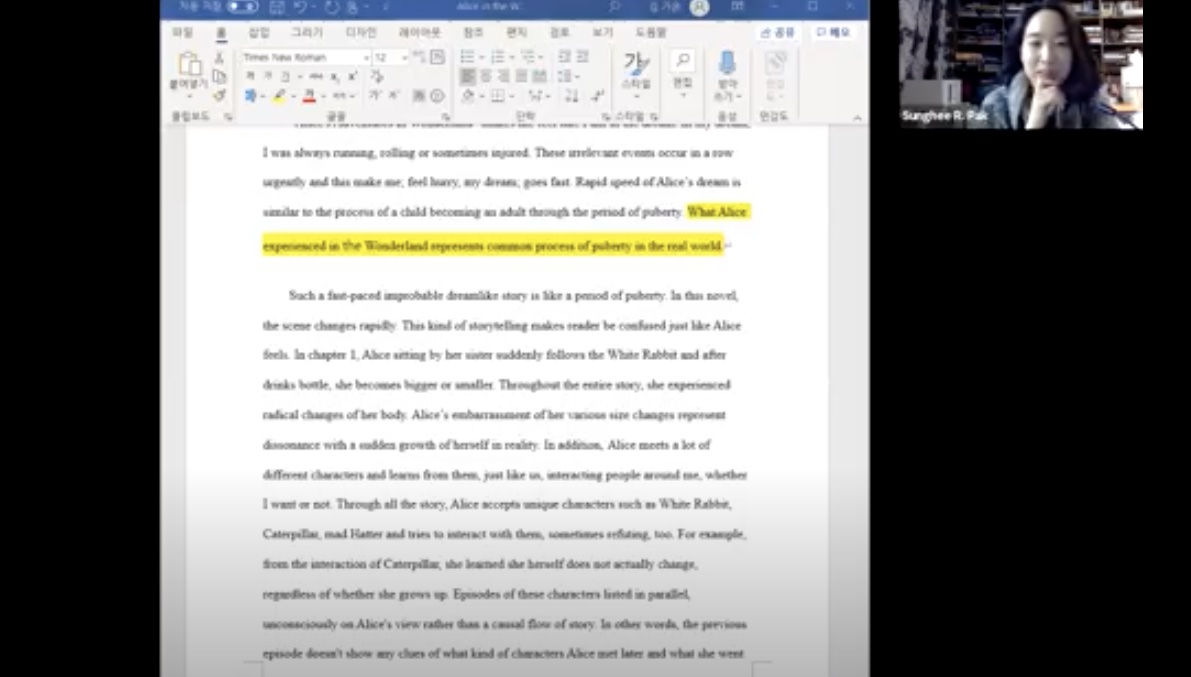 Seunghwan Hong (HASS 2021) agreed with Cheolho: “Aside from learning how to read, think, and write critically, I learned to be more confident. Initially, I was worried about whether I’d be able to follow the lectures in English. The professors spoke so fast, and they were lecturing on things like Westphalian sovereignty, free will, and the Copernican revolution in astronomy! But since I didn’t have to worry about grades at WIC, I could relax and just engage with the lectures. This actually helped me come up with better questions and ideas in class. I now feel more confident about classes come March.”

On the last day of WIC, Professor Sunghee Pak expressed how “pleasantly impressed” she was by the students: “They were so dedicated and tenacious, it’s no wonder they improved as much as they did in two weeks. Towards the end, students who began by stating personal views and giving vague reasons were able to provide textual evidence and clearly reason their claims.” Turning towards her, Director of WIC, Professor Seunghei Hong, remarked with a twinkle in her eye: “Well that’s because some of our best students begin at WIC!”